Cricket was rocked when Phillip Hughes failed to recover from one of the most sickening blows in the sport’s history and lost his fight for life.

One of world cricket’s worst tragedies was confirmed when the St Vincent’s Hospital in Sydney, where Hughes had been taken after being struck on the back of his head playing for South Australia against New South Wales, announced that the gifted batsman had lost his biggest battle.

The news will stun a sport which has seen the risk of serious injury significantly reduced by the advent of increasingly effective helmets and other safety equipment over the last 40 years. 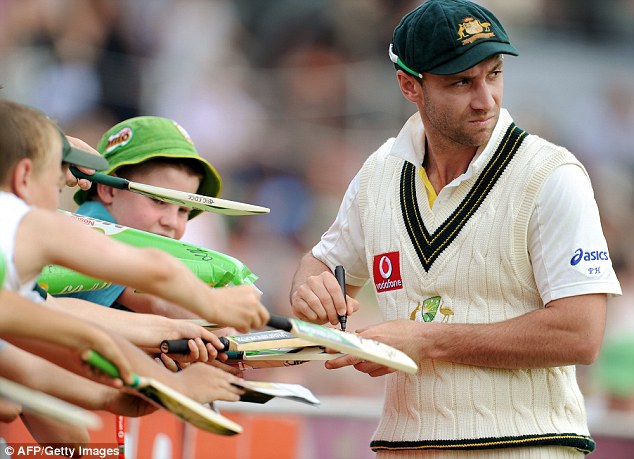 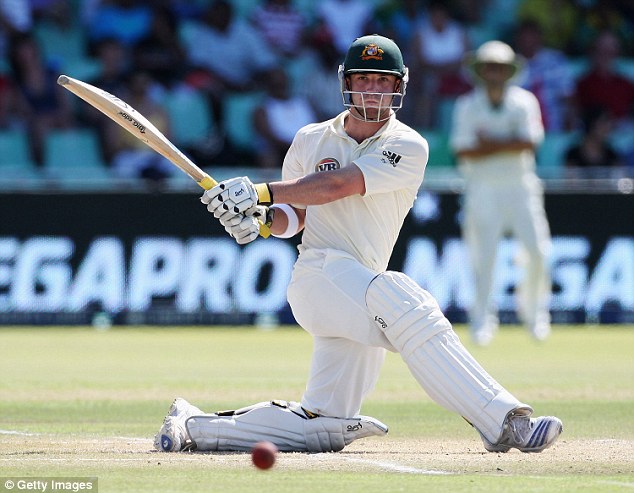 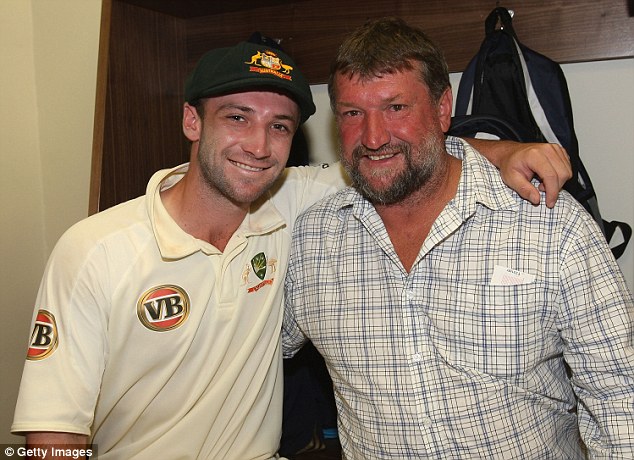 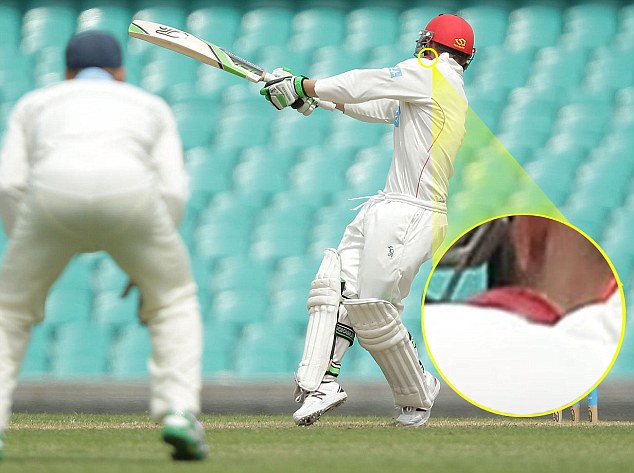 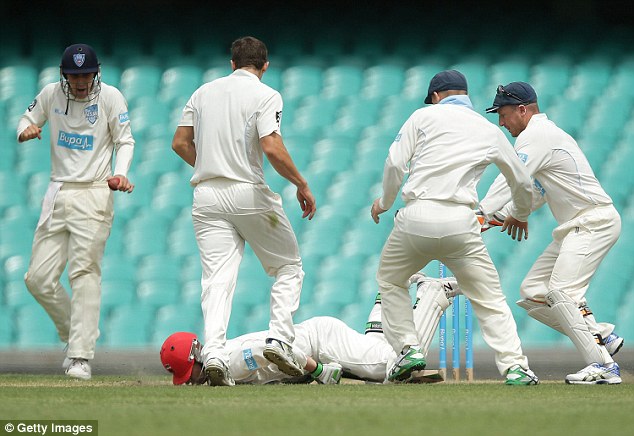 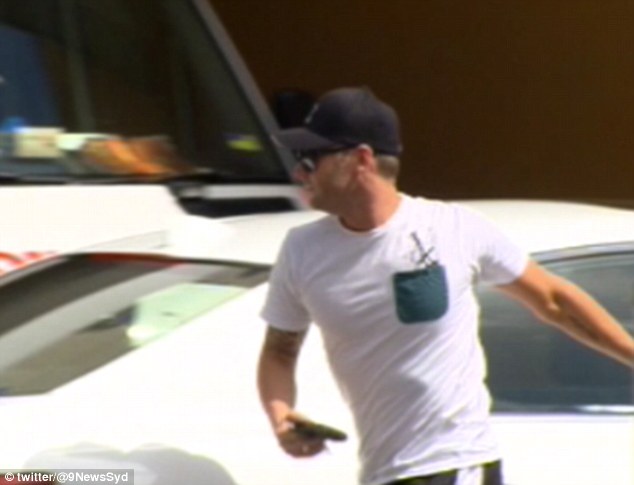 But no amount of technology was able to save Hughes, the former Middlesex and Worcestershire opener who played 26 Tests for Australia and appeared in three Ashes series.

Cruelly, he was widely tipped to make his first Test appearance since struggling against England last year against India next week after an 18-month absence.

Hughes was struck on the back of his head just below his helmet as he attempted a pull shot in a Sheffield Shield match at the Sydney Cricket Ground.

The South Australia batsman, a popular figure in England from his time in county cricket, put his hands on his knees after missing the delivery from New South Wales’ Sean Abbott before collapsing and hitting the ground face first.

It led to disturbing scenes at the famous old ground as Hughes, 25, received 40 minutes medical treatment surrounded by horrified players before being taken to a Sydney hospital where he had surgery to relieve pressure on his brain. 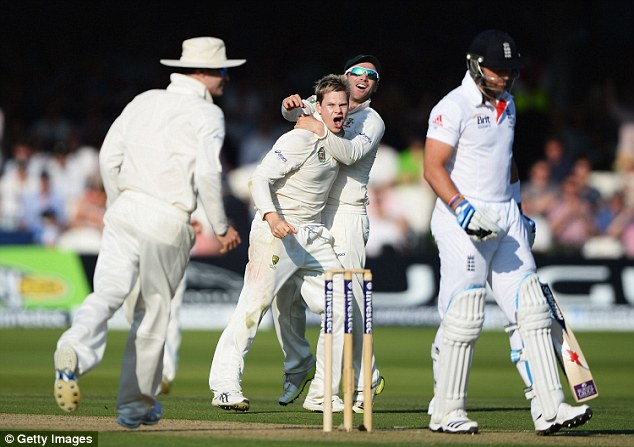 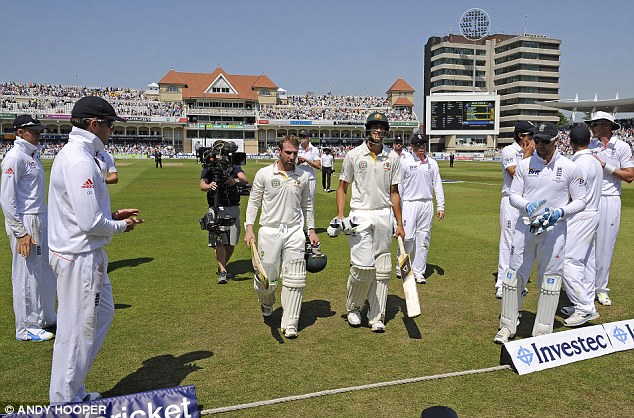 The Shield match was quickly abandoned by Cricket Australia while players of both Hughes’ current state side and his former one were offered counselling and the cricket world rallied around the unfortunate young bowler Abbott.

Australia’s Channel Nine news reporter Will Dempsey provided an evocative eye-witness account of the incident, saying ‘It was chilling. There was a crack that echoed through the ground. You knew something wasn’t right.

‘Tom Cooper (Hughes batting partner) and David Warner (a friend of Hughes who was fielding for NSW) stayed by his side for more than half an hour. There was silence in the stands. No-one in the crowd spoke or moved.’

Michael Clarke, the injured Australian captain who Hughes was expected to replace in the first Test against India in Brisbane, quickly rushed to the St Vincent’s hospital to join the stricken batsman’s sister and mother, who had been watching him bat, at his bedside. 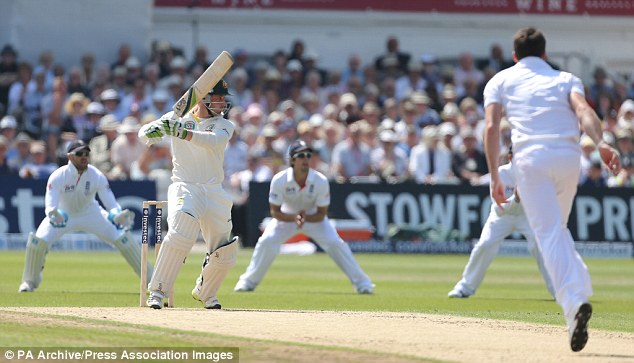 The news shocked the cricketing world, with countless players sending best wishes to Hughes via social media, not least in Colombo where England were preparing to take on Sri Lanka in the first one-day international on Wednesday.

‘The whole team are in shock,’ said England captain Alastair Cook. ‘A lot of us have played with and against him and all our thoughts and prayers are with Philip. I’ve never heard of anything like this before and fingers crossed he can now show the same fight he’s displayed throughout his career.’

Sadly, those fighting qualities which saw Hughes overcome flaws in his technique to regain a place at the highest level were not enough to save Hughes, who becomes the highest profile cricketer to ever suffer fatal injury in a first-class match.

The tragic demise of Hughes plight makes this an unprecedented incident, certainly in the near 40 years since the introduction of helmets reduced the dangers inherent in facing a hard cricket ball propelled at 90 miles per hour. 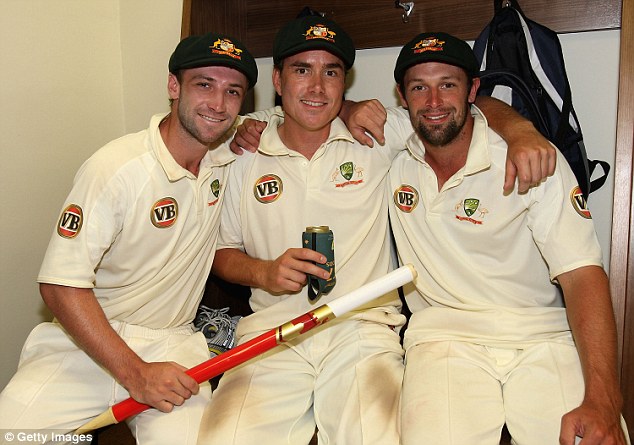 Many batsmen have been hit on the head and badly hurt over the years – from Nari Contractor, Rick McCosker and Ewan Chatfield in the pre-helmet era to the likes of Mike Gatting, Ricky Ponting and last summer Stuart Broad – but none have been left in an induced coma and ultimately unable to survive.

In truth, it would be wrong to blame the safety equipment which has changed cricket so dramatically, not least because helmets have improved markedly since Dennis Amiss first took to a cricket field in a motorcycle helmet and Mike Brearley wore a strengthened skull cap underneath his cricket cap.

Hughes has had well-documented problems with the short ball but on this occasion he appears to have gone through with the pull shot too quickly rather than being beaten for pace by the medium-fast Abbott. In effect the ball was too slow for a batsman who already had moved on confidently to an unbeaten 63.

It was certainly unnecessary for the manufacturer Masuri, who have been at the forefront of improved safety in helmets, to make a clumsy and in hindsight insensitive attempt to absolve themselves from blame in a statement offering support to Hughes.

‘Masuri is actively seeking as much footage as possible to see exactly where Phil was hit,’ said a statement confirming that Hughes was wearing one of their old models rather than a new improved one they are in the process of manufacturing.

‘From the footage available it appears that Phil Hughes was struck at the rear of the grille and below the back of the shell, missing his helmet. This is a vulnerable area of the head and neck that helmets cannot fully protect while enabling batsmen to have full movement.’ 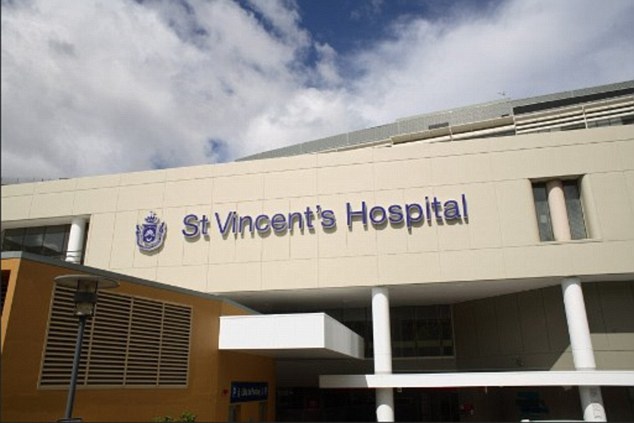 The bottom line is that this was a freak incident and cricket will always carry an element of risk. There are those, like Mike Atherton, who believe that batsmen may have become complacent because of the extra protection afforded now and that techniques have changed substantially.

But tragic accidents like this show just what it must take to face someone like Mitchell Johnson on a quick pitch, helmet and padding or no helmet and padding. And it seems inconceivable now that anyone should contemplate facing Jeff Thomson and Dennis Lillee without protection, as cricketers did in the 70s.

Top players are certainly more inclined to take on bouncers in the modern era rather than duck and weave but the essential need for any batsman to keep his eye on the ball has not been rendered less important by technology.

For now the cricketing world will take a long while to recover from this heartbreaking news. 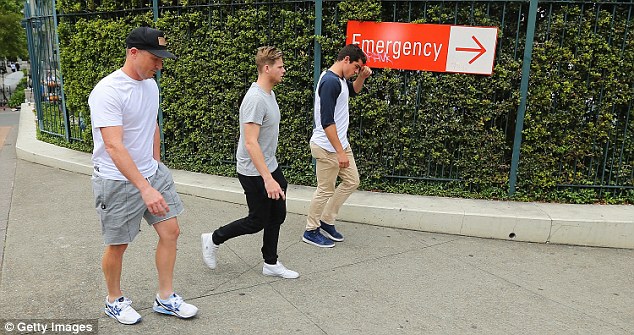 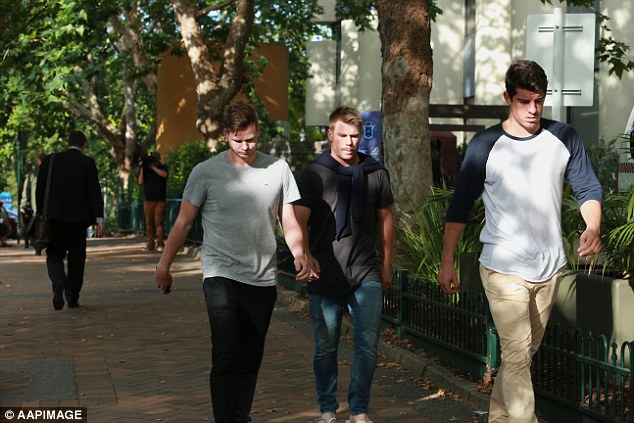 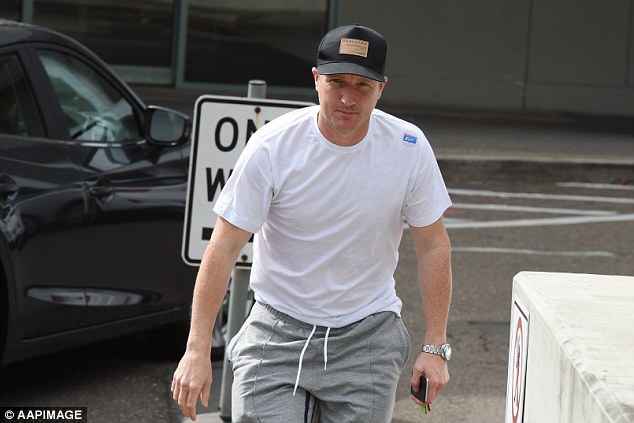 Haddin walks away from St Vincent’s Hospital after visiting Hughes, who had scans on Wednesday morning 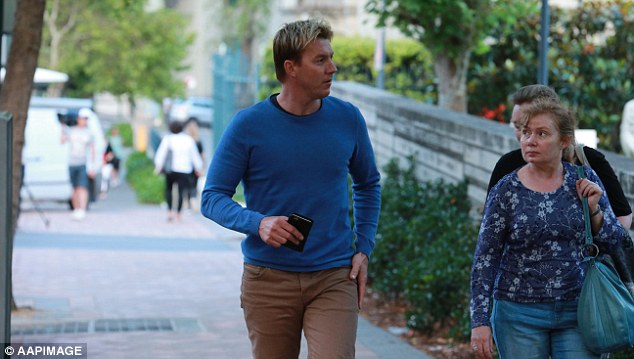 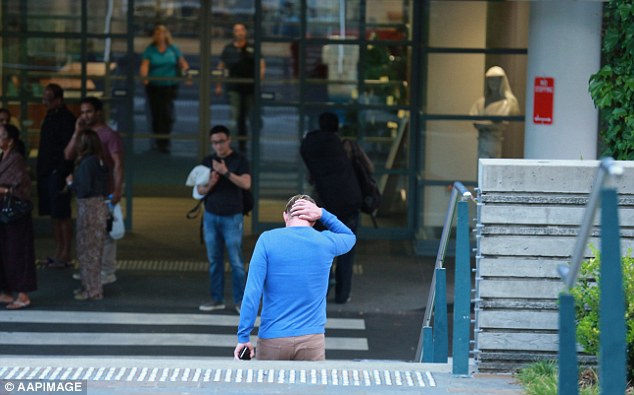 The cricketing world has been showing its support for Hughes, including former Australia cricketer Lee 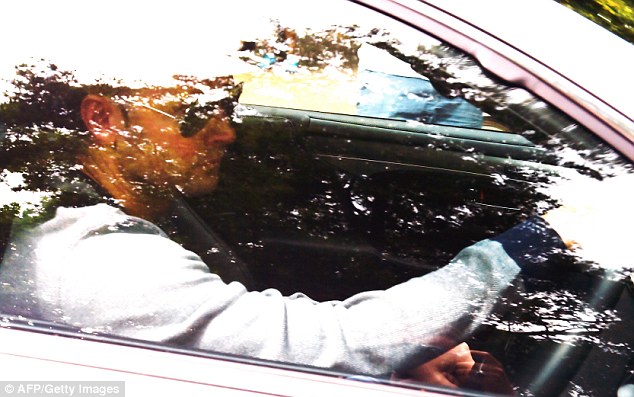 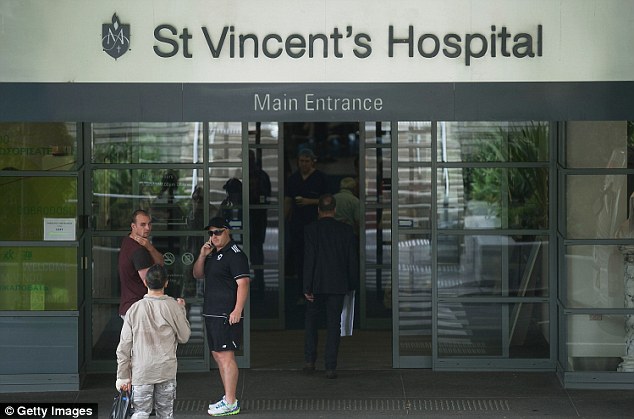 PREMIER LEAGUE: Facts You Need to Know From Matchweek 4