The sentencing hearing of Oscar Pistorius has heard that the South African athlete has no money left, as the closing legal arguments are heard.

Pistorius was convicted of culpable homicide last month after shooting dead his girlfriend Reeva Steenkamp last year, but was cleared of murder.

Judge Thokozile Masipa is expected to deliver her sentence on Tuesday.

He faces up to 15 years in jail, but the judge may choose a suspended sentence or impose a fine instead.

The sentencing hearing, which began on Monday, has seen the prosecution push for the maximum custodial sentence.

Pistorius’ defence team has argued for a lesser sentence, such as community service.

They claimed that the athlete would be unsafe in prison, which was denied by the prisons chief on Thursday.

Pistorius sobbed as defence lawyer Barry Roux said that the athlete no longer had any money after the trial, which has lasted over seven months.

“He is not only broke but he is broken,” he said.

“He’s a first offender. What has happened to this man? He was on the rise,” Mr Roux added.

The lawyer asked Judge Masipa to consider the South African principle of “ubuntu”, roughly translated as kindness towards others, in her sentencing.

On Friday, Prosecutor Gerrie Nel again criticised the offer of money by Pistorius to the Steenkamp family.

“I cannot but think this is an attempt to influence” he said.

Mr Nel also argued that a community-based sentence which involved Pistorius would be “shockingly disproportionate” to the crime committed.

However, they did accept smaller monthly support payments. 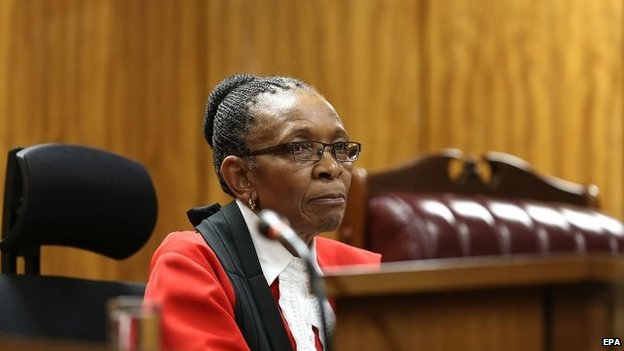 Judge Thokozile Masipa is expected to deliver her verdict on Tuesday 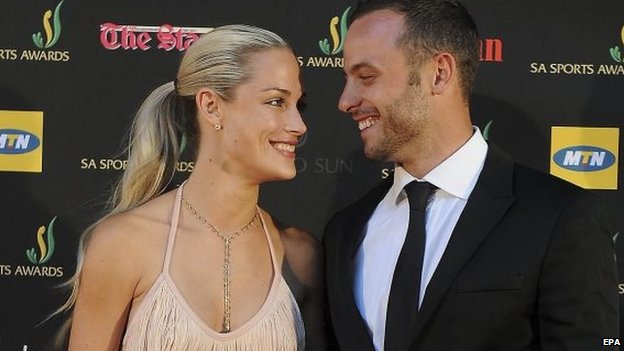 The prosecution maintained Pistorius shot Reeva Steenkamp after an argument

The Paralympic sprinter denied murdering Ms Steenkamp after a row on Valentine’s Day last year, saying he shot her by mistake, fearing there was an intruder in the house.

Ms Steenkamp, a model, reality TV star and law graduate, was hit three times by bullets shot through a toilet door by Pistorius at his home in the capital, Pretoria.