Kenya is marking a year since the attack on Nairobi’s Westgate shopping centre, in which at least 67 people were killed.

A memorial plaque will be unveiled and a candle-lit vigil held.

The siege at Westgate lasted four days, with CCTV footage showing terrified shoppers fleeing the gunmen and cowering behind counters.

Somali Islamist group al-Shabab said it carried out the attack in response to Kenya’s military operations in Somalia.

Later on Sunday, relatives of the victims will lay wreaths at a garden in the forest where 67 trees were planted after the attack.

Interfaith prayers will also be held at the site.

“We expect the victims’ families and friends to come out and be part of the healing process,” event organiser Rajesh Shah was quoted as saying by the AFP news agency. 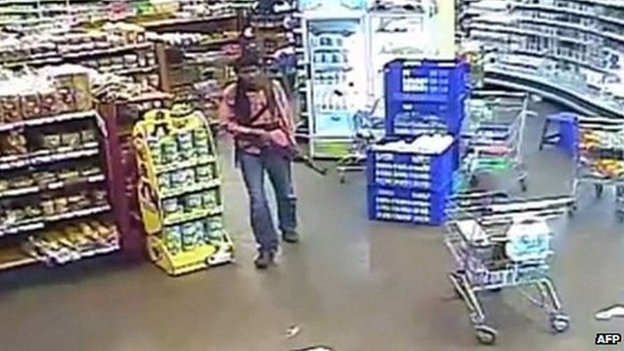 CCTV footage showed the gunmen hunting down their victims 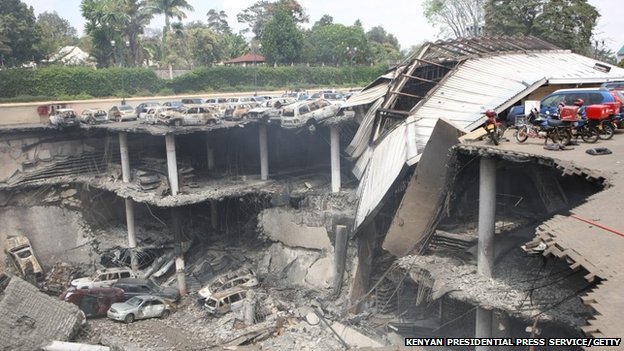 Large parts of the Westgate shopping centre were completely destroyed

Ahead of the commemorations, Kenya was put on high alert amid fears of possible attacks by militants.

“We are prepared in case of anything. Specialised units are on the ground and we have intensified patrols during this period of the anniversary,” Kenyan police chief David Kimaiyo said.

Last year’s attack sparked a four-day siege in which large parts of the shopping centre were destroyed amid heavy fighting and a fire.

All four gunmen are believed to have died during the assault.

The Kenyan authorities have been criticised for what is seen by some analysts as their slow response to the attack and also lack of co-ordination between police and the army. Kenya rejects the claims.

Four Somalis are being held in prison in Kenya on terrorism charges linked to the attack.

Al-Shabab is fighting to create an Islamic state in Somalia and is banned as a terrorist group by both the US and the UK.